Skip to navigation
Practical, Purposeful Legal Counsel For clients in San Francisco, San Jose, and the rest of the Bay Area REACH OUT TO US

What Qualifies as a Trade Secret in California?

Inventiveness lies at the heart of many businesses. New processes, materials, equipment, software, and pharmaceutical formulas are just a few examples. Companies invest significant time and money into creating something unique and should enjoy all the benefits of that investment. That is why it is a violation of California and federal law for someone else to profit from another’s trade secrets. 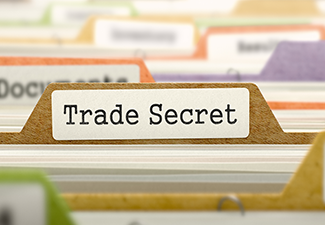 If you suspect someone else is using your proprietary information—or if you have been accused of using someone else’s—you need legal representation experienced with trade secret law. At Leet Law, we can help. Contact our team as soon as you are considering filing a trade secret misappropriation suit against a competitor or a trade secret lawsuit has been filed against you in the Bay Area. We are proud to serve individuals and businesses in San Jose, San Francisco, Oakland, Palo Alto, and the rest of the state.

What Are Trade Secrets?

Trade secrets are intellectual property. Such property could include anything from a list of customers and clients to an item awaiting a patent or a secret formula. Some examples of trade secrets include a new roofing material that can withstand greater wind tolerances than existing known materials. Or perhaps that tolerance is not inherent in the material itself, but an installation system that increases tolerance. Essentially, trade secrets are ideas, materials, formulas, patterns, processes, data, and more.

What Is the California Uniform Trade Secrets Act?

Trade secrets are valuable, providing the owner business with a competitive edge. The California Uniform Trade Secrets Act prohibits the misappropriation of trade secrets by bribery, theft, misrepresentation, or the breach of secrecy or inducement to breach a trade secret.

The rightful owner of the trade secret will need to present evidence to prove a trade secret was obtained illegally and not as a result of independent discovery or reverse engineering, and that the theft caused financial harm to the owner. Moreover, the owner will need proof that it took steps to protect a trade secret by such means as physical security measures and non-disclosure agreements. Software, for example, should be trademarked and patented to protect unique coding.

Those found guilty of violating the California Trade Secrets Act can have an injunction issued against them to prevent disclosure or intent to disclose trade secrets. The injunction is designed to prohibit the misappropriating party from profiting from the trade secret. Victims of misappropriation can sue for actual damages, usually profits lost by the loss of exclusivity, or may be awarded punitive damages for willful and malicious misappropriation.

What Provisions Apply to Former Employees?

Businesses must demonstrate that they have identified their trade secrets and taken steps to ensure employees and former employees are aware of their proprietary nature. For example, incoming and current employees should be required to sign non-disclosure agreements (NDAs) to protect the information. Those NDAs must be written in such a way that the trade secrets are protected even after the employee leaves the company. Moreover, companies need to demonstrate monitoring of employees' potential for breaching secrecy during and after their employment.

Not all business litigation attorneys have experience in prosecuting and defending trade secret legal actions. At Leet Law, we have been handling these cases successfully for decades. If your business is in San Jose, California, or the Bay Area, let us help you draft the legal documents you need to protect trade secrets, prosecute a claim against your competitors who have violated the law, or defend you against such claims. Reach out to us today.